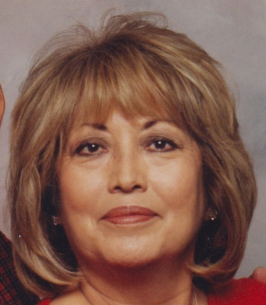 Gloria was born on February 16, 1951, in Monahans, Texas. She was a longtime resident of Crane, moving to San Angelo in June of 2005. Gloria was a member of the St. Mary’s Catholic Church.
She enjoyed working with her flowers, potted plants and shopping. Family was everything to Gloria and she cherished the time spent with her children and grandchildren. She loved going on outings with her family to the lake and traveling, especially going to Fredericksburg and San Antonio.

Gloria was preceded in death by her mother, Jesusita (Jessie) Moreno Heredia; her son, Paul Lujan; two sisters, one as an infant, and sister, Betty Heredia; brother, Ruben Heredia.

Rosary will be said at 7:00 pm on Friday, June 25, 2021, at the Shaffer-Nichols Funeral Home Chapel. Funeral Mass will be held at 9:00 am on Saturday, June 26, 2021, at the Good Shepherd Catholic Church. Burial will follow in the Crane County Cemetery. Arrangements are under the care of Shaffer-Nichols Funeral Home.
To order memorial trees or send flowers to the family in memory of Gloria H. Lujan, please visit our flower store.