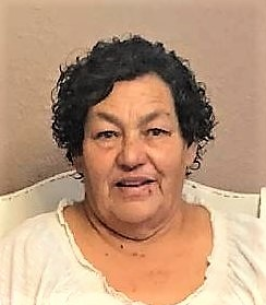 Gloria Jordan Garcia born April 29, 1957, gained her wings on January 24, 2022 in Lubbock, Texas. Gloria was born in Jerez, Zacatecas to parents Apolonio and Soledad Garcia. She grew up in Monclova, Coahuila and in 1978 met the love of her life, Heliodoro Jordan. In May of 1979, Gloria and Heliodoro married and began their life together. Gloria was a homemaker and spent her years raising her 3 children. When her grandchildren came along she began her most treasured role, “Wela” or “Ama” as they would call her. Her grandchildren were her pride and joy and they knew if you entered her home in the evening you could hear the sound of her favorite novelas playing on the television and the smell of fresh tortillas waiting for you in the kitchen.

Gloria is preceded in death by parents Apolonio and Soledad Garcia and Brother, Romel Garcia.

The family would like to say a special thank you to everyone at the McCamey County Hospital who had a part in caring for her. Also to the community of McCamey and Rankin who have donated as well as all friends and family.

To order memorial trees or send flowers to the family in memory of Gloria Jordan, please visit our flower store.