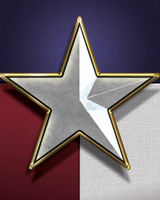 Funeral services will be held at 2pm on Monday, September 28, 2015, at the First United Methodist Church in McCamey with Reverend Eddie Smart officiating. Burial will follow in the Resthaven Cemetery. Arrangements are under the care and direction of Shaffer-Nichols Funeral Home.

Glen was born on April 27, 1949, in Lubbock, Texas. He was a Vietnam Combat Veteran, having served in the United States Army Infantry 5th Division. Glen received two Bronze Service Stars, and a Purple Heart.
He married Pamela Kilcrease on December 31, 1970. Glen had lived in Girvin since 1974, then moved to McCamey in 2009. He retired from WTU after 34 years of service.

Glen was a member of the Society of the 5th Division; the First United Methodist Church in McCamey, and the Methodist Men. He loved to play golf, fish, and ride horses. Glen was preceded in death by his wife, Pamela on October 31, 2014; and a grandson, Logan Burns.

Survivors include his two daughters, Amy Navarrete and her husband Michael of McCamey, and Korey Burns and her husband Kenny of Lubbock; a brother, Eddie Smart and his wife Diana of Burleson; two sisters, Patricia Cottle, and Pricilla Fisher both of Granbury; and three grandchildren, Sydney Burns, Chloe Burns, and Leila Navarrete.
To order memorial trees or send flowers to the family in memory of Glen Smart, please visit our flower store.