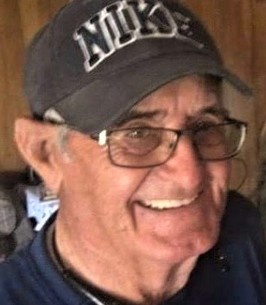 Gerald was born on August 26, 1938, in Lamesa, Texas to Calvin and Ruby Moore Cooley.
Gerald was a longtime resident of Crane and worked as a Contract Pumper for many years until his health began to fail.
He never met a stranger, always happy and had time for everyone. Gerald loved to watch basketball on television with his brother as they talked to each other over the phone. His favorite teams were the Dallas Mavericks, the Baylor College Girls, and the Texas Rangers. When the kids were young, Gerald coached the pee wee baseball team. Gerald enjoyed spending time with his family and friends.

Gerald was preceded in death by his wife, Mary Alice Cooley; and a son, Tim Williamson.

He is survived by his children, Dewaine Lee and his wife Denise of Strawn, Mike Williamson of Key Largo, FL, Randy Williamson, of Kermit; and Dianne Rimer and her husband Donald of Odessa; his brother, David Cooley of Proctor, TX; five grandchildren; and several great grandchildren.

Visitation will be held at the Shaffer-Nichols Funeral Home in Crane on Tuesday, December 22, 2020, from 1:00 pm until 8:00 pm.
Graveside services will be held at 1:00 pm on Wednesday, December 23, 2020, at the Crane County Cemetery.
To order memorial trees or send flowers to the family in memory of Gerald Cooley, please visit our flower store.