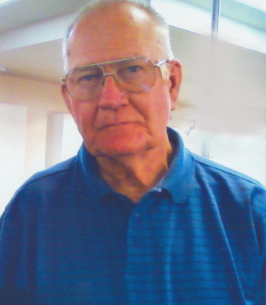 George was born on November 29, 1938 in Lone Grove, TX. He graduated from McCamey High School in 1956, and due to his love for the community he became a life long resident. He married Sylvia Leach of McCamey on February 14, 1963. They celebrated 58 years of marriage together this year.

George worked at the Texas Department of Transportation (TXDOT) for decades, and retired after 35 years of service. He started out in the engineering department as part of the field party and lab, and then was promoted to Maintenance Forman. Later in his career, George took on the role of Shop Supervisor of the Odessa district. During his TXDOT career George was a finalist for the “Lady Bird Johnson Award”.

In his free time George enjoyed canoeing the Big Bend area, camping, water skiing, motorcycling, wood crafting, and was an avid golfer and long time member of the McCamey Country Club. He was also a member of the Church of Christ. In his 82 years of life, George was a friend to all who knew him. He cherished his life long friends, co-workers and family beyond measure.

Memorial services will be held at 11:00 am on Saturday, October 30, 2021, at the Shaffer-Nichols Funeral Home in McCamey.

In lieu of flowers, the family is requesting memorial donations in George's name to the Clancy Taylor fund at http://riceconnect.rice.edu/ctaylor. The Clancy Taylor fund was established to assist English students of Rice University needing assistance to become future educators.
Donations in George's name to any other charities will also be appreciated.
To order memorial trees or send flowers to the family in memory of George L. Taylor, please visit our flower store.