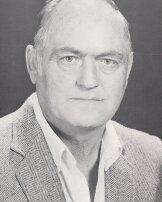 George Daniel Blue, 81, passed from this life surrounded by loved ones on December 3rd at Medical Center Hospital. He was born November 1st 1935 and was preceded in death by his parents Theo and Tolva Blue.

Dan was a loving man, he loved his family very much. He married Annette Griffitts, the love of his life, on August 10th 1955 in Rankin Texas. Everyone referred to him as â€œBlueâ€. He was a man of many talents and considered a Workaholic. He was an extremely dedicated Dallas Cowboys fan.

Services to honor his life will be held on Thursday, December 8th 2016, 1:00 pm at the Shaffer-Nichols Chapel in Crane Texas. Condolences may be sent to www.shaffer-nichols.com
To order memorial trees or send flowers to the family in memory of George Blue, please visit our flower store.