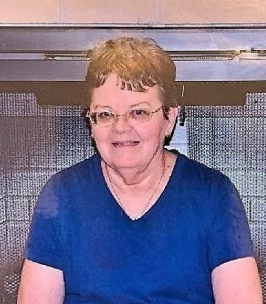 Fay Cornett, 75, of Denver City, and formerly of Crane, passed away on Friday, February 19, 2021 in Denver City after suffering 16 years from Alzheimer’s.

Fay was born on August 15, 1945, in Gilmer, Texas. She was a homemaker and had worked at Walmart as a greeter. Fay was a member of the Tabernacle Baptist Church. She was avid shopper and loved her brewed iced tea.

She was preceded in death by her parents, Clyde and Geneva Dickson; her twin brother, Ray Dickson; and her husband, Bill Cornett.

Fay is survived by her son, Scott Brents of Blackwell, Texas; her daughter, Misty Vickery and her husband Chad of Odessa; two brothers, Van Dickson of Conway, Arkansas, and Alan Dickson of San Angelo; four grandchildren, Justin, Stacy, Shelby, and Anthony; and her great granddaughter, Samarah.

Graveside services will be held at 2:00 pm on Wednesday, February 24, 2021, at the Crane County Cemetery with Reverend Tommy Parker officiating. Arrangements are under the care of Shaffer-Nichols Funeral Home of Crane.
To order memorial trees or send flowers to the family in memory of Fay Cornett, please visit our flower store.