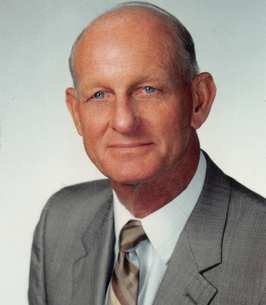 Evans graduated from the University of Houston in 1959 with a Petroleum Engineering degree. He was a 25-year member of AIME and he worked for Marathon Oil for 30 years before retiring in 1986.

In retirement, He and his late wife, Alice, loved traveling the United States in their motorhome together.
Evans was a long-time resident of Iraan, Texas. He was mayor for 4 years and city councilman for 4 years. He was on the Iraan school board for 5 years and president of the Chamber of Commerce for 2 years. He was also on the Board of Managers for the Pecos County hospitals for 6 years and represented Iraan as a Director on the Middle Pecos Groundwater Conservation District for 9 years. He taught Petroleum related extension classes through Midland college and he was one of the charter members of the Iraan Archeological Society which was founded in 1964. He was a member of the Texas Archeological Society for 32 years. He was a member and steward of the Texas Historical Commission and won the Norman G Flaigg Award in 2013 and 2015 for outstanding performance. He was a member of the Iraan Methodist Church for 43 years and Lions Club member for 42 years.

Evans was preceded in death by his wife of 54 years, Alice Jean Card Turpin.

A memorial service will be held at 10am on Saturday, March 19, 2022, at the First Baptist Church in Iraan.
To order memorial trees or send flowers to the family in memory of Evans Turpin Jr., please visit our flower store.