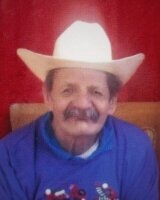 Eustaquio was born on October 1, 1937, in Mexico. He had lived in Odessa for 30 years, and a member of the San Juan Catholic Church.

He was preceded in death by his parents, Emilio and Trinidad Orona; and a sister, Maria Luisa Medrano.

He is survived by three brothers, Jose Orona, Francisco Orona, and Raymundo Orona, all of Odessa; five sisters, Ramona Madrid of Odessa, Maria Jesus Carrasco of Midland, Cruz Medrano of Hobbs, NM, Maria Orona of Odessa, and Guadalupe Orona of Mexico; and numerous Nieces and Nephews.
To order memorial trees or send flowers to the family in memory of Eustaquio Orona, please visit our flower store.