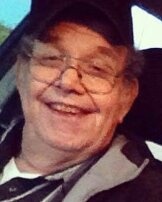 Funeral services will be held at 10:00 AM on Tuesday, June 6, 2017, at the Shaffer-Nichols Funeral Home Chapel in Crane with burial to follow in the Crane County Cemetery.

Eugene was born on January 12, 1949, in Vincent, Oklahoma. He was an Army Veteran, and a retired mechanic.
Eugene was a longtime resident of Crane. He loved spending time with his family, especially his grandchildren. He enjoyed cruising around in his car, and going to farmers markets. Eugene loved reading his Bible, and watching Don Knotts on television. He was a member of the Assembly of God Church.

Eugene was preceded in death by his parents, Van and Jimmie Hazel Lanning; his wife, Debra Lanning; two sisters; and one brother.