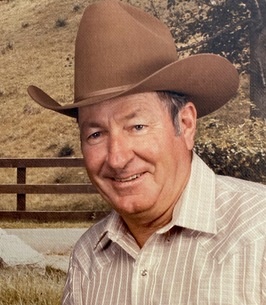 Born in Odessa to Bea and Buck Kelton on May 27, 1932, Boob grew up on the McElroy Ranch in Crane County with his three brothers, Elmer, Myrle, and Bill. He was baptized in the Methodist Church. According to the memoirs of his late brother, and acclaimed Texas author, Elmer Kelton, Eugene was given the nickname “Boob” by his father, suggested by the comic strip character called Boob McNutt. The memoir notes, “[Boob] was a towheaded youngster, inquisitive, prone to getting into things and trying to find out what made them work.” Boob’s passion for tinkering, along with his nickname, would stay with him for the rest of his life.

Boob attended the University of Texas for two years before enlisting in the US Army during the Korean conflict where he was involved in the creation of guided missiles in White Sands, New Mexico. While at the University of Texas, Boob courted Peggy Joyce Barnsley, a hometown girl from Crane who was attending San Marcos Baptist Academy. Boob and Peggy married on September 12, 1952.

After a few years in the military, Boob went into the ranching business full-time at the McElroy Ranch. He later put together his own spread in Upton County where he and Peggy raised their three daughters. In addition to his love for ranching and tinkering with engines, Boob’s favorite pastime was hauling his wife and young daughters to rodeos throughout Texas and New Mexico. He also spent many years as an Upton County commissioner.

His family remembers him being kindhearted and gentle. Boob found joy and humor in the small things. In his later years he most enjoyed the simple pleasures of life like feeding his livestock, dogs and cats included, cheering for the Dallas Cowboys, or “Dallas Cowgirls” as he would sometimes refer to the team during their rougher seasons, and riding his homemade dune buggies.

One of his favorite sayings was, “tough as a boot and tall as a windmill tower.” In the eyes of his grandchildren, there is no epitaph more fitting for Boob Kelton. He will be greatly missed.

He was preceded in death by his parents and brothers Elmer Kelton of San Angelo and Myrle Kelton of May.

A memorial service will be announced by the family as soon as it is feasible.
To order memorial trees or send flowers to the family in memory of Eugene "Boob" Kelton, please visit our flower store.