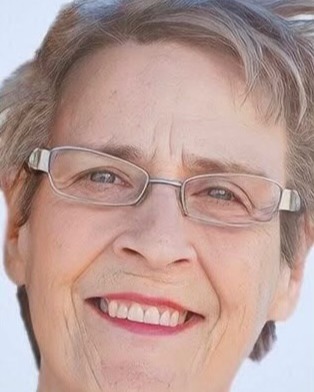 Eloma Yvonne Greer Ashwin, 84, formerly of Crane, passed away peacefully on November 25, 2022 in Marble Falls, Texas. She was born August 27, 1938 in Monahans, Texas to parents Elsworth and Lahoma Greer. She was proceeded in death by her parents, sister Laureen Terzich and brothers Dan Greer and Sandy Greer. Eloma attended Buena Vista schools in Imperial, Texas through all grades and graduated as Valedictorian of her class in 1956. She was a star athlete on the volleyball team and their senior year they won the very first state volleyball tournament. She went on to attend Hardin-Simmons University and continued to excel in volleyball – participating in a tournament in Mexico City. She graduated with her B.S. degree in 1960 with her eyes set on a teaching career. Eloma married David Ashwin in 1961 and their first child arrived in 1962, Lynoma Sheree, followed by their middle daughter DeLaura Grace in 1965 and the baby, Llana Rhea in 1968. They lived in Corpus Christi from 1966 to 1975 where she adored her job as a preacher’s wife and homemaker – and she was the best at both! From Corpus Christi, they moved to Aransas Pass where she began teaching again and eventually started coaching volleyball, coaching DeLaura and Llana along the way. In 1983, she moved to Crane to teach and coach and taught there until she retired in 2010. Eloma was diagnosed with Alzheimer’s in 2014 and resided her final years in Marble Falls.

Eloma was a God-loving Christian and a very active member of many churches throughout her life. She found joy in reading her Bible, singing hymns, playing the piano and had the heart of a servant. Her entire world revolved around family and she instilled Christian family values in her children, grandchildren and anyone she came in contact with. She loved her Lord and family with all her heart!

To order memorial trees or send flowers to the family in memory of Eloma Yvonne Ashwin, please visit our flower store.