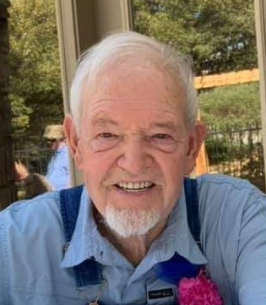 Douglas Ray Owen lived 78 joy filled, fun loving years before leaving this world on March 12, 2020. Prior to his 31-year residency in Rankin, he graduated high school in 1960 from Littlefield High School in Littlefield, Texas. He attended West Texas State University, prior to receiving his teaching degree at Texas Tech. He taught vocational agriculture at Three Way ISD in Texas, Dora ISD in New Mexico and Rising Star ISD in Texas. While in Dora ISD, he was nominated for New Mexico Teacher Of The Year. He was City Utilities Manager for the City of Rising Star Texas. Throughout his life he enjoyed many hobbies such as racing cars, woodworking, helping with community events, collecting stamps, fishing and going to rock concerts. Most of all his favorite hobby was spending time with his family and friends.

On January 31, 1942, he was the third child born to Julius Elvin Owen and Sallie Lee Sexton. In May of 1964 he married his beautiful, loving wife Rebecca Nan Shipp. He is survived by her and their 3 children James Russell Owen and his wife Marcy Owen, daughters Rebecca Reid and Trudi Moss and her husband Jeremey. 3 grandchildren, Justin Armendarez, Kelcey Beavers and husband Brandon, and Tanner Peacock. 2 great grandchildren, Leyanna and Chloe Beavers. Also numerous nieces and nephews. He was preceded in death by his parents and 4 siblings Donald Owen, Evelyn Rivers, Jerry Owen, and Bobby Owen.

Funeral services will be held at 2:00 pm on Sunday, March 15, 2020, at the First United Methodist Church in Rankin with Reverend Bobby Davis officiating. Burial will follow in the Rankin Cemetery. A visitation will be held from 1:00 pm until service time at the Church. Pallbearers are Paul Michum, Danny Michum, Jeremey Moss, David Switzer, Wayne Allman and Terry Pollard.
Arrangements are under the care and direction of Shaffer-Nichols Funeral Home of Crane.

To order memorial trees or send flowers to the family in memory of Doug Owen, please visit our flower store.