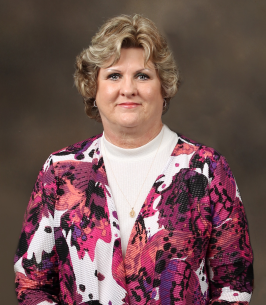 Donna Clack left this earth on August 14, 2021, to enter her heavenly home. She left behind a legacy founded upon her strong faith in God and her incredibly deep love for her family. For years Donna would start every day by enjoying the early mornings on her back porch and having her “coffee with the Lord”. She was a very strong believer in Jesus Christ, and we believe she is now continuing to start her days in much the same manner of having coffee with the Lord every single day.

Donna was born on May 28, 1949, in Amherst, Tx to L.B. and Ruth Swanner. She grew up in McCamey and graduated from McCamey High School in 1967. She spent most of her adult years living in Crane. Donna served as the Crane County Justice of the Peace until she retired in 2014. She loved her job and took it very seriously. The job that was always the most important to her was being Mom and later being Mimi. Taking care of her kids was always the primary goal of her life and she excelled at it. In July of 2015 she became “Mimi” to Jentri Elizabeth and loved every single minute she spent with her “precious baby girl”. She was over the moon to learn that she was going to be Mimi again to James and Kaila’s baby boy due in October.

Donna is preceded in death by her father L.B. Swanner, her mother Ruth Swanner and her oldest brother Floyd Swanner. She is survived by her son Jeff Clack and his wife Jordan and their daughter Jentri, son James Clack and his wife Kaila and their baby boy, brother David “Snooky” Swanner and his wife Crystal, sister Laqueta Bond and her husband Willy, sister Dale Graham and her husband Jeff, sister Barbara Melton and husband Roger and numerous nieces, nephews, and their children which she loved dearly.

Donna’s family would like to thank all the medical staff that so compassionately helped care for her over the past few years as she fought a courageous battle against cancer. Thank you to the staff members of Crane Rural Health Clinic, Crane Memorial Hospital, Texas Oncology – Odessa, Medical Center Hospital and McCamey Convalescent Center.

A memorial service celebrating Donna’s life will be held Friday August 20th at 11:00AM at the First Assembly of God church in McCamey.
Arrangements are under the care of Shaffer-Nichols Funeral Home.

To order memorial trees or send flowers to the family in memory of Donna Clack, please visit our flower store.