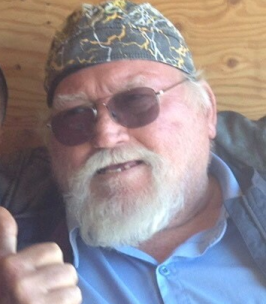 Longtime Crane resident, Donald Ray Hall passed away Monday September 16, 2019. Don was born on October 26, 1942 in Depew Oklahoma. Don joined the United States Army in 1962. He then moved to Texas as fast as he could and arrived in Crane in 1967. He soon met and married the love of his life, Hope (Esperanza) Hall in 1970. With the biggest heart in Texas he gladly helped raise his 5 stepchildren. In addition Don and Hope have one son.
Don worked in the oilfield since he was 15yrs. old.
He had many business ventures but mostly it was all oilfield.
Don never met a stranger, and anyone who met him knew immediately that they had met a “character “.
Don was always willing to help anyone that asked and some who didn’t.
Don loved sports, fishing, old westerns and people, usually giving everyone he met a nickname.
He will be greatly missed.
Don was preceded in death by his parents, Loy Hall Sr. and Lottie Hall.
One sister, Mona Spaulding of Kennawa Ga.,two brothers, Loy Hall Jr. of Burlington Kansas and Richard (Dick) Hall of Ozona Texas.
A stepson Tommy Puga of Midland, a grandson Justin Wayne Puga and a granddaughter Hanah Puga of Oklahoma.
Don is survived by his wife Hope and son Hestan Hall both of Crane.
Two bothers Dale Hall and wife Lorene of Big Springs Texas, Mark Hall and wife Betty of Springtown and two sisters, Ann Ellason of Llano, and Bobbie Adcock of Houston.
Two stepsons, Anthony Puga and wife Kym of Oklahoma, David Puga and wife Sonja of Crane.
Two stepdaughters, JoAnn Mead of Greenwood, and Sylvia Puga of Wichita Falls.
Twelve grandchildren; Thomas Puga, Jordan Puga, Ryan Mead, Leslie Mead, Braxton Puga, Kris Puga, Maegan Puga, Morgan Puga, Peyton Puga, Casey Perez, Kristina Bustos and Rikki Rodriguez
And many nieces nephews and great grandchildren he loved so dearly.
A Memorial Service honoring Don will be held Saturday at 3:30pm at The Dorothea Hall, 101 Dorothea st. Crane Texas, located behind “The Grill”.

Condolences and flowers can be sent to 201 W. 12th. Crane Texas 79731.
A Potluck dinner will follow, and everyone is invited to celebrate his life.
A go fund me account has been set up at https://www.gofundme.com/manage/don-hall-memorial-fund.

To order memorial trees or send flowers to the family in memory of Donald Ray Hall, please visit our flower store.