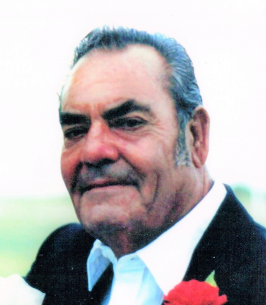 Earl DeWayne Lindsey died Thursday January 14th, 2021 in Lubbock, Texas after complications sustained from surgery and progressing dementia. He was born on May 29th, 1936 in Rankin Texas to parents Thomas Earl & Mary Eva (Langford) Lindsey.
DeWayne decided to plant his feet when he was a teenager, and he moved in with his grandparents in Rankin, Texas. Little did he know at 15, that small town would be the foundation of his life’s work. On June 10th in 1954, he married his sweetheart Janey Shackelford. During their first five years as husband and wife, their first three boys were born, Tom, Daymond, and Bill. Eight years later, Shane entered their life. Janey was beside him every step of the way as they tirelessly built their legacy together over their 57 years of marriage. Ranching in West Texas brought many hard times, but Janey and DeWayne were never known to back down from a challenge. Together they founded and managed what has become known as the Lindsey Ranch.
The West Texas couple never turned their back on a stranger and welcomed all of their son’s friends as if they were family. However, when gathering sheep, these friends would often leave wide eyed at the “Old Man’s” unorthodox practices. From a high-speed pickup, he was known to holler “Jump off the bumper and grab that sheep son!”
In 1984 during the drought, it became clear that they needed to do something different in order to continue the ranching operation. With the guidance and support from DeWayne, 17,000 sheep were purchased and shipped to a leased ranch in Wyoming. This would begin the expansion of their operations into the Northern region of the United States. Over the course of DeWayne’s life, The Lindsey ranching operation has been successful in five states, with the help and dedication of his hard-working sons and their families.
Over the course of his career, he received several awards that were all attributed to his passion for ranching. He was a member of the Masonic Lodge and the Texas Sheep & Goat Raisers Association. He was dedicated to improving the quality and value of the land. With the help of his boys, they put in miles of water lines, countless water troughs, hundreds of miles of fences, and corrals. In addition to taking care of the land, DeWayne also took great pride in the genetics of his Rambouillet sheep and the quality of his wool.
Ten years ago, DeWayne lost his wife, Janey, after a tragic barn fire at their home. DeWayne had tried to save his wife and sustained severe burns across his body. After laying his wife to rest, Janey’s lifelong friend, Jimmie, offered to help DeWayne recover from his injuries. Sometime after that, their common interest brought them together in marriage. Since then, Jimmie has been a constant companion and brought happiness and joy to the last decade of his life.
DeWayne Lindsey was a mentor to many in the agriculture and petroleum industries. He was a shrewd businessman and every oilman in Upton County had a DeWayne Lindsey story. His presence will be deeply missed by so many, but the legacy that he spent a lifetime building will live on through his children and his grandchildren.
He is survived by his wife Jimmie, his son Tom of Rankin, Texas, son Daymond of Rankin, Texas, son Shane and daughter-in-law Shelly of McKinney, Texas, daughter-in-law Denna of Newell, South Dakota, his sister Barbara “Sissy” Fisher and husband James of Aledo, Texas, his brother and sister in law Mack and Marilyn Shackelford of Marathon, Texas, many grand and great grandchildren
He was preceded in death by his parents, Thomas Earl & Mary (Langford) Lindsey, his son, Bill Lindsey; his wife, Janey Lindsey; and his grandson, Anthony Windham.
Memorial services will be held at 2 PM on Sunday January 17th at the Rankin Cemetery. The Lindsey family recognizes the severity of the Corona Virus and completely understands if you are unable to attend the funeral.
Honorary Pallbearers are
Ray Barrett
Joe Ellis
Tommy Owens
Mack Shackleford
Tuffy Whitehead
Ernest Woodward
To order memorial trees or send flowers to the family in memory of DeWayne Lindsey, please visit our flower store.