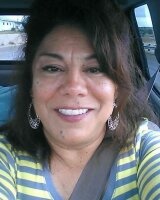 Delma Ann Ramirez Duddleston, 50, of Rankin, and formerly of Austin, passed away on Saturday, September 3, 2016, in Rankin.

Delma was born on May 18, 1966, in Rankin. She attended Rankin Schools, and graduated from McCamey High School. She had lived in Austin for 25 years prior to moving back to Rankin two years ago.
Delma worked as a medical assistant at the Austin Heart Center in Austin. Delma enjoyed time with her family and friends. She was very outgoing and had a great sense of humor. Delma was a very caring person and was well loved by everyone and by everyone she came in contact with. She loved to dance, and loved Facebook. Delma was a member of the St. Thomas Catholic Church.
She was preceded in death by her father, George Ramirez.