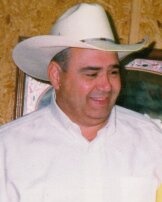 Private services will be held at the request of the family.
Arrangements were under the care and direction of Shaffer-Nichols Funeral Home of Crane.

David was born on December 7, 1949, in Waco, Texas. He had lived in Crane for the past 16 years. He was a pro-rodeo cowboy. David loved old country music, especially Bob Wills, Hank Thompson, and Merle Haggard. He was a self-taught fiddle player.
David was a Baptist, but most important, he was a Christian.

He is survived by his wife, Judy Sims of Crane; his Mother Margie; a son Lee and daughter Mandy. He has three sisters, Tammy Brooks, Tresa Pratt, and Kay McCarty and her husband Richard.
He was preceded in death by his father, Warren David Riza.
To order memorial trees or send flowers to the family in memory of David Riza, please visit our flower store.