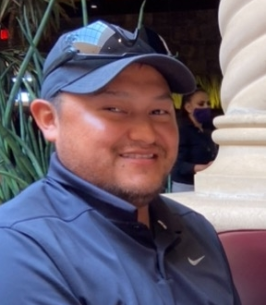 On Friday, February 5th, 2021, Dana H. Harvey, a loving son, grandson, brother, and uncle, he began his journey to the spirit world.

Dana is survived by his mother Clara, his father Harrison, his brothers Clayton, Dexter, Tyson, his niece Kaylee, his nephew Ayden, his grandmother Lillie, and many aunts, uncles, and cousins.

He was born December 20, 1990 in Monticello, UT to Clara and Harrison Harvey, born of the Folded Arm Clan for the Red Bottom Clan. He was a Crane High School Alumni, where he participated in many programs such as band, football, cross-country, track & field. After graduation he attend Odessa College, later obtaining his Machinists Certification. Then later receiving his HVAC licensing from NCCER through the State of Texas. He was employed at Twin Star LLC as a compressor mechanic there he became passionate about problem solving.

Dana strived to gain knowledge to better himself and those he loved. Often finding himself within the pages of books of wisdom, adventure, self-improvement, philosophy, and the gospel. He spoke often of literature he read to anyone who would lend him an ear, in particular the word of God, he would passionately dive deep into passages and was always eager to hear your interruption. His infectious smile, and sense of humor filled rooms of happiness. He was an avid adventurer, fitness enthusiast, and an avid sports fan. He thoroughly enjoyed these moments with this beloved family. His humility and generosity were never unnoticed by those that loved him dearly.
To order memorial trees or send flowers to the family in memory of Dana Harvey, please visit our flower store.