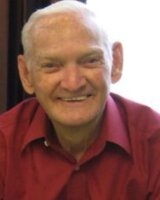 Coy was born in White Rose, Oklahoma on December 17, 1929. He graduated from Okemah High school in 1948. That same year he joined the United States Air Force. He fought in the Korean War and served our country for eight years. In 1956 he met his sweet heart on a blind date. Coy and Joan wed on August 25, 1956. Coy was employed by Coca Cola from 1956-1992.

In lieu of flowers the family requests memorials be sent to Cal Farleyâ€™s Boys Ranch: 600 SW 11th Avenue, Amarillo, TX 79101.
To order memorial trees or send flowers to the family in memory of Coy Coe, please visit our flower store.