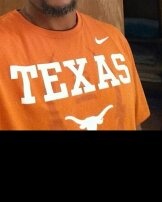 Coury was born on December 27, 1972, in Odessa. He was a lifelong resident of Crane and a 1991 graduate of Crane High School. Coury attended Navarro Junior College and began his career with the Texas Department of Transportation and was currently Maintenance Crew Chief. Coury had worked for TXDOT for 25 years. He enjoyed playing golf, softball, and fishing. Coury loved watching sports and his favorite team was the Texas Longhorns. He was a skilled builder, and he enjoyed cooking out on the grill.

He is survived by his wife Kathy Joseph from midland; son Jordan Holguin and Stephanie Hernandez from Houston; daughter Lexus Joseph from Midland; son Torian Joseph from Crane. A brother Eddie Ray and his wife Sandra Jones from Odessa; sisters Lynell Mabry from Dallas, and Tammy Joseph from Odessa; nephews Dominque, Xavier, Jeremy, Bill, Brian, James Jr, Thomas, Gerald, and James Lorenzo; his niece Brittany; one and only grandson Brason Joseph; and a host of relatives and friends.