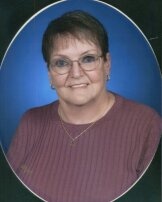 Claudean (Dean) Warren, who recently turned 80, passed away peacefully Friday, December 11,
2015 at her daughterâ€™s home in Rosharon, Texas, after a month-long struggle from a major
stroke. She was born Norma Claudean Boggs in McCamey, Texas, on September 21, 1935, the
third child and first daughter of Ray and Claudia Boggs, joining brothers Don and Johnny and
was followed later by her sister Brenda. She attended school there in McCamey and married at
a young age to Jesse Ford. They had two girls before divorcing and she raised her daughters
there in McCamey and later raised one grandson and helped some with raising some of the
great grandkids. She remarried in May, 1967 to Darrell Warren, who predeceased her in April,
1969. Over the years, she was a carhop, waitress, beautician, dispatcher, waitress again and,
finally, a nurseâ€™s aide at the McCamey Hospital until she retired at 72 years of age. At that time
she retired and moved to Rosharon, Texas, near Houston to live with her oldest daughter and
son-in-law and has spent her time traveling and loving on her great-grandkids since moving
there in January, 2008. She loved to dance and sing, loved watching movies and most of all she
loved to laugh. She has been called Dean, Mama Dean, Mean O'l Dean, Danny, G.G., Toots, Mother and Mama
and called a friend of many through the years.
She is survived by her daughter, Kathy, husband JD Carten of Rosharon, TX and Victoria,
husband Greg Southern of Itasca, TX; grandchildren/great-grandchildren: Jimmy Sheldon
McReynolds, Colorado Springs, Co and children Baylee, Blake, Bryce, and Presley; Jim Carten,
wife Christina of Terra Haute, IN; Michael Carten, wife Jessica of Wylie, TX and children Bella,
Ava, David; Joseph (Bo) Carten, wife Allison of Missouri City, TX and children Cameron, Connor
and Caileigh; Chase Southern of Colorado Springs, CO; her sister-in-law, Evelyn Boggs of
Monahans, TX; her brother Johnny Boggs, wife Reba and sister Brenda Boggs all of The
Meadows, TX along with many nieces, nephews and their families. She is predeceased by her
father and mother Ray and Claudia Boggs, husband Darrell Warren, and also her older brother
Don Boggs.
To order memorial trees or send flowers to the family in memory of Claudean Warren, please visit our flower store.