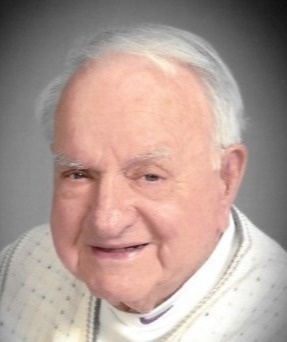 Clark Lee Howard, age 90, entered his eternal home with Jesus and joined his wife, Marilyn, on July 27th, 2022, with his family by his side. Clark was born June 17th, 1932, in Ash Flat, Arkansas to Ralph and Geneva Howard. He attended Little Rock Junior College on a football scholarship, where he met the love of his life, Marilyn Bell, and they were married on January 29th, 1953. Clark graduated from Arkansas State Teachers College and pursued a career in teaching and coaching. He was a member of Highland United Methodist Church since moving to Odessa, TX in 1969.

Clark loved fishing, golf, and hunting, especially with his sons and grandchildren. He loved all aspects of sports, whether playing, coaching, or cheering for his grandchildren from the sidelines. Known as Papa and Gran to their beloved grandchildren, Clark and Marilyn never missed an event or an opportunity to show their love and support. Next to his family, his greatest love was his dogs, and he treated them as his own children, cooking them meals and feeding them from the table.

A celebration of Clark’s life will be held on Saturday, August 6th, at Highland United Methodist Church 1808 N. Dixie Blvd in Odessa, TX at 2:00 pm with Dr. Mark Alexander officiating.

The family would like to give a special thanks to caregivers Liane Houghton from Visiting Angels, Claudia Medina, and Home Hospice of Midland, and they would like to acknowledge his friendship with the staff at Manor Park, who lovingly cared for Marilyn for 10 years.