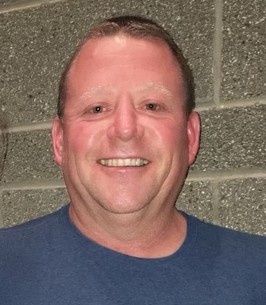 Michael “Chris” Jones of Midlothian Texas passed away at Mansfield Methodist hospital on October 31st 2021 at the age of 53 years old. Visitation will be held Friday November 5th from 5-7 PM, and services will be held November 6th at 11 AM at Shaffer-Nichols Funeral Home with graveside service to follow.

Chris was born September 12th 1968 to Durwood and Phyllis Jones in Houston Texas. He graduated from Sonora High school in 1988, where he then moved to Austin Texas and met the love of his life, Tara Annette Coulter. The two were married on March 2nd 1996 in Fort Davis, Texas a few short years before they had their daughter, Allison. They spent a loving 25 years together in marriage, and 22 as a family.

Chris was a devout husband, father, and friend. The love he possessed for everyone around him was abundant and will continue to be everlasting through his eternal life. One of his greatest pleasures was giving to everyone and helping whoever he could through all aspects of his life. Whether it was fixing his daughters flat tire or helping someone in need and he did it all with a smile on his face.

Chris worked his whole life in oil and gas, which took him all the way to Egypt where he spent time off and on for eight years. During that period, he got the opportunity to see many of the amazing gifts the world had to offer, while still being able to enjoy precious time with his family. Throughout his 53 years, Chris found great joy in being a fixer-upper, going fishing, watching family feud, and going on trips with his wife and daughter. His humorous personality and infectious laughter will be missed deeply.

To order memorial trees or send flowers to the family in memory of Chris Jones, please visit our flower store.