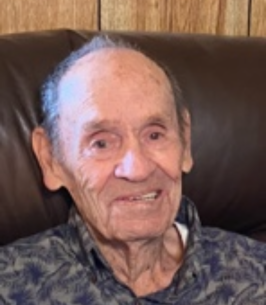 Chester Wayne Pettit went to be with Jesus on January 18, 2022. He was born on January 3, 1929, at Powell Field in Big Lake, Texas. He is preceded in death by his mother, Mamie Lou (Hodge); his father, William Gray Pettit; his wife, Barbara Jo (Potter); his brothers, Harold and Bobby Pettit; and his sister, Louise Mathis.

In 1947, Chester met his wife-to-be at a volleyball game in Grandfalls, Texas. The two were inseparable from then on, until Barbara passed away on October 4, 2011, after 64 years of being together and 62 years of marriage. Chester met Barbara the same year that he graduated from Crane High School, in a class which now has only one surviving graduate. He and Barbara married on October 27, 1949, and Chester joined the Army Air Corp (the precursor to the U.S. Air Force) shortly thereafter. While stationed in Wichita Falls, Chester and Barbara started their family. In 1950, their first child, Bonnie Lou, was born. In 1951, while stationed in Tucson, Arizona, he and Barbara would bring a son into the world, Stephen Wayne Pettit. After separating from the Army Air Corps, their youngest child, Shelly (Jean), was born in Crane in 1957. Although he was proud to have served, he was eager to get back home while stationed away from Texas. He remembered until his death that he was in the military for “exactly three years, five months, and 18 days.”

After his discharge from the military, Chester worked for El Paso Natural Gas in Jal, New Mexico, before returning home to Crane in 1961, where he would live for the next 61 years until his death. In Crane, he worked for B&H with his brother, Harold Pettit. Later, he would start his own business, Pettit Electric, where he worked until he retired in 1989. When he wasn’t working, Chester could often be found sitting in his recliner, in front of the television, watching Chicago Cubs games with his grandchildren.

Chester never met a stranger, and he was one of the most kind, most gentle, funniest people to ever walk the earth. He had a wonderful, witty sense of humor, which stayed with him until the end, even when Alzheimer’s had claimed much of his memories. Despite his Alzheimer’s, he remembered very well the moments from his earliest years, and towards the end, he was singing old songs and church hymns word-for-word.

Also, he is survived by his five great-great grandchildren: Kanon, Cooper, and Addi Curry; and Dawson and Dakota Seabourn.

Lastly, he is survived by his faithful dog, BJ, who never left his side. BJ, named for his late wife, Barbara Jo, was a gift given to him when Barbara died. BJ proved to be a faithful friend until the very end. He fed him people food, which included lunch meat and even coffee, and he treated him like a prince. Likewise, BJ treated Chester like a king. BJ now lives with Chester’s grandson, Brad. Once a Pettit, always a Pettit.

In lieu of flowers, donations can be made to either the Alzheimer’s Foundation or Hospice.

Special thanks go out to his caregivers from Visiting Angels and Hospice: Bianca, Chandra and Amber.

To order memorial trees or send flowers to the family in memory of Chester Pettit, please visit our flower store.