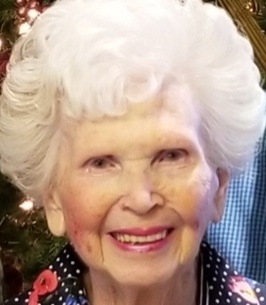 Charlene Crawford, age 83, a beloved mother and “nanny” was called to her eternal resting place with our Heavenly Father on May 8, 2019 at the Crane Memorial Hospital following a short illness. Charlene was preceded in death by her husband of 54 years, Stanley Earl Crawford who died in 2009. Children that preceded her in death were Susan Kay Crawford in 1977 and Kenneth Charles Crawford in 2010.

She entered this world on December 9, 1935 in Santa Anna, Texas to Monroe and Alta Blackwell. She married Stanley Earl Crawford on October 11, 1954 and they had three children that were her pride and joy. She treasured the special time with her children, grandchildren and great-grandchildren. She retired as Justice of the Peace on December 31, 2002 after serving Crane County for 12 years.

Surviving Charlene is her son, Joe Earl Crawford and his wife Judy of Crane. She will be forever remembered by her grandchildren Susan, Joshua, Ronnie, Dustin and Amy; and great-grandchildren Anna, Landry, Benjamin, Jack, Allie, Mady, Aaron, Elizabeth, Carson, Miles and baby Everleigh.

The family wishes to extend a sincere thanks to Dr. Sixta Gumato and the Crane Memorial Hospital staff who took great care of Charlene during her illness.

To order memorial trees or send flowers to the family in memory of Charlene Crawford, please visit our flower store.