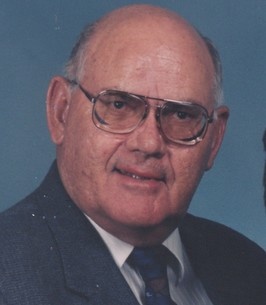 Carroll B. (Buddy) Card of McCamey passed away on May 4, 2019, with his
loving family present. He was born on December 23, 1932, in Pecos, Texas, to
Earl Card and Ollie Buchanan Card, the youngest of six children. In 1951, he graduated from Pecos High School where he excelled in athletics. He attended Baylor University on a football scholarship, graduating in 1955. Upon graduation he enlisted in the U. S. Army and served his country during the Korean conflict. While in Korea, he joined his company's softball team and led the team to the Middle Eastern Championship with his pitching.

After an honorable discharge, he enrolled in Sul Ross State College where he earned a master's degree in education. At Sul Ross he met and married his wife Beth Landers. His coaching career included time at Pecos High School, Van Horn High School, and Buena Vista High School at Imperial. He served as junior high principal, high school principal, and superintendent at Sanderson before moving to McCamey to organize the Pecos River Valley Cooperative and serve as director of special education until his retirement.

Buddy was preceded in death by his parents and his siblings, W. L. Card, Garland Card, Dennis Card, Stella Anthony, and Nita Smith. He is survived by his loving wife of 58 years and his two children, Matt Card of McCamey and Melissa Card of Los Angeles. Also surviving him are his grandchildren, Brad Card of McCamey, Tim Card (Misty) of Big Lake, Erikha Barnett of Raleigh, North Carolina, Kyle Card of Brownwood, and Preston Card of McCamey; great grandchildren Landan Card, Nicolas Harris, Albert Harris, Hayden Card, and Parker Card, and many nieces and nephews.

A graveside military service will be held at the Dewey Cemetery at Lawn, Texas, on Thursday, May 9, at 1:00 pm under the direction of Shaffer-Nichols Funeral Home. The cemetery suffered severe damage due to recent flooding and is still partly under water. In lieu of flowers, donations may be made to the Dewey Cemetery Association, P. O. Box 97, Lawn, Texas 79530, or to a favorite charity of your choice.
To order memorial trees or send flowers to the family in memory of Carroll B. "Buddy" Card, please visit our flower store.