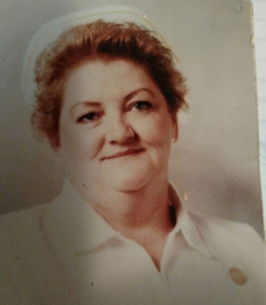 Carol Mann LVN, 75 of McCamey Texas was born to Kenneth and Ardis Peavy in Rockford Illinois on September 22, 1946.

She passed away peacefully from this life on what would have been the 50th anniversary of her and her husband Donald Mann's wedding anniversary January 20th, 2022.

Carol loved spending time with her family and friends playing games even though her grandkids swore she kept a set loaded dice just to play farkle.

She looked forward to football season so she could cheer for the Cowboys and was a win or lose fan.
She would always lend an ear or a shoulder to her children and grandchildren and would often give them advice, sometimes whether they wanted it or not.

Carol was most proud of earning her nursing degree. She cared compassionately for her patients and loved sharing her knowledge with many up and coming nurses through out her career and was most grateful for the loving care she was given by some of those same nurses during her recent stay at McCamey County Hospital.
She is survived by her sister and brother in law Gloria and Mike Tavernie, and their children and grandchildren. Her children Gus (Bobbie Jo) Mann, Roberda (Steve) Lawrence, Sarah (Sammy) Acosta, Alan (Jennifer) Mann , Her stepchildren Nancy (MIke) Williams, and Raymond Mann, 25 grandchildren, 53 great grandchildren, and numerous nieces and nephews.

Funeral services will be held at 2pm on Monday, January 24th, 2022, at the Shaffer-Nichols Funeral Home Chapel in McCamey with Reverend Ted Creech officiating. Burial will follow in the Resthaven Cemetery.
To order memorial trees or send flowers to the family in memory of Carol Mann, please visit our flower store.