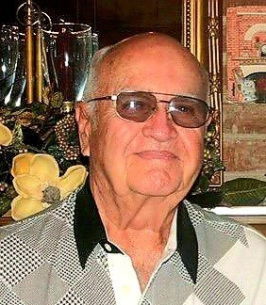 Carl “Bub” Leighton Milam, 86, passed from this earth on the dawn of June 12, 2020, finishing a valiant and noble life as a husband, father, grandfather, great-grandfather, and upstanding man of God. In a new heavenly body, free of pain and sickness, he strode proudly and upright through the gates of Heaven and straight into the arms of his loving wife, Emma Lou Milam, and daughter, Norma “Renae” Milam. Waiting in the wings to greet him into Paradise was his mother, Veda Milam; father, Carl Milam Sr.; brother, Norman Milam; a brother-in-law, Darrell Dixon; and a sister-in-law, Juanita Ellison.

And they are all, at this very moment, showing him around the Kingdom of Heaven, which he will now call home for all eternity. This is why those of us left behind, although we surely mourn his passing, now rejoice! Because we know he is now knowing perfect peace in the company of Almighty God! And what a joy it must be to hear Jesus tell him, “Well done, good and faithful servant!”

Throughout his life, Bub positively influenced all whom had the pleasure of knowing him. He had a wide circle of family and friends, all of which loved him very much. Known for his kind heart, and his constant smile, he was unparalleled in the art of Christian charity, always there for anyone who needed him. In addition, he was also a loving husband, great father, and extraordinary grandfather and great-grandfather. So good with people, and putting them at ease with a smile, his wife Emma Lou nicknamed him, “The Politician.”


Bub served the Lord in various ways throughout his life, at one point serving as a Sunday school teacher who religiously studied the Bible. He is known to have read the Bible cover-to-cover many times.

Bub was a provider all his life, who worked for Sinclair, Atlantic, France, and CECO—retiring from there in 2001.


Born September 2, 1933, in Early, Texas, Bub lived a beautiful life from the start. He was always there for his family, and his brother and sister depended on him for his kind and warm temperament. He eventually fell in love with, and became the husband of, Emma Lou Dixon, on October 25, 1952. They resided in Crane, and then later on, and until his death, in Odessa. Bub was blessed to be married to Emma Lou for more than 64 amazing years,before she passed away almost three years ago. They shared their years with one another in love and respect, impressing their large and blessed family with their strength of character, Christian example, and gentle and kind hearts. And since she left this world, Bub has longed for the day for him to rejoin her in Heaven.

Bub is survived by his loving son, Carl Gordon Milam (and his wife, Shelly): his devoted daughter, Sherry Milam; sister, Peggy Dickson; sister-in-law, Gloria Milam; adoring grandchildren, Carl “Dubba” Milam (and his wife, Jenelle); Kimberly “Kimby” McClatchy (and her husband, Kelly); Traci Woods (and her husband, Justin); and Jaci Poole, (and her husband, Malic). In addition, he is survived by his loving great-grandchildren: Kamryn, Kaylor, and Layton Milam; Ashlyn, Kolby, and Kenzi McClatchy; Emma and Parker Woods; and Aubree and Rylee Mason.

Bub will be remembered by his daughter, son, grandchildren, great-grandchildren, and numerous nieces and nephews, as the most wonderful person they could have ever been blessed to call “family.” From all of them: “Until we meet again, we will miss you as we have loved you—every day, and with all of our hearts and souls. Goodbye, Pee-Paw.”


Visitation will be held at Shaffer Nichols Funeral home from 5 To 7 P.M. on Monday, June 15, 2020. Graveside services will be conducted at Crane County Cemetery on Tuesday, June 16, 2020, at 10 A.M. Services will be presided over by Reverend David Bryant, under the direction of Shaffer Nichols Funeral Home. Pallbearers are Darrell Dixon, Kevin Dixon, Bryan Dixon, Dennis Dickson, Carl “Dubba” Milam, Kelly McClatchy, Malic Poole, and Justin Woods.

Donations can be sent to Home Hospice of Odessa, or any charity of your choice.

To order memorial trees or send flowers to the family in memory of Carl Leighton Milam Jr., please visit our flower store.