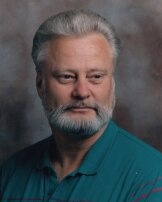 C.D. was born on March 14, 1946, in Temple, Texas to A B and Pearl Robinnet Bell. He was a Vietnam Veteran, having served in the Army. â€œDingerâ€ retired after 30 years of service from Union Pacific where he worked as a Rail Road Engineer.

C.D. married Patricia Allmon on January 7, 1983, in San Antonio, Texas. They had lived in Rankin since 1998. He was a member of the First United Methodist Church.
C.D.â€™s hobby was making silverware jewelry, animals, and chimes to sell at markets.
He loved to fish, old cars, and his â€™34 Ford hot rod.

He was preceded in death by a brother, Billy Bell; and a sister, Joyce.