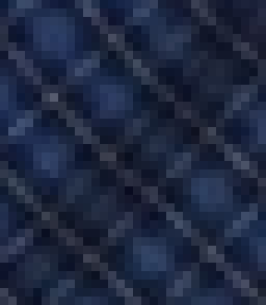 Carroll Bruce McKee, husband, father , brother, uncle ,cousin, boss and friend, passed away April 20, 2019 from heart failure.
Born and raised in McCamey,TX. He was the sixth of nine children born to Joe and Mabel McKee. In 1990 he moved to Imperial where he became a lifelong resident.
Bruce (Gig) was full of hilarious stories about growing up in a big, poor family. It was common to hear a rough, funny, somewhat disturbing but always entertaining depiction of the adventures of young Gig on the streets of McCamey. He told me once that this “ole boy” had told him he had never been in a fight. Bruce shook his head, “I just couldn’t feature someone growing up and never getting in a fight. I was in a fight everyday growing up, sometimes 2”. Life in the McKee house was always fun to hear about. Bruce was a great story teller. Even though the stories had a way of growing as time passed. Something he inherited from his father I’m told.
If he wasn’t up to trouble with his brothers, he was doing 1 of 2 things. Playing football or working. He started working in the oilfield at 14 and never stopped.
Bruce had a successful oil business called M&W, for over 30 years. He started with 1 truck that he ran and ended with close to 100. Work was something that helped to shape the man we all knew. He was from the old school oil field, he learned everything about it because he did everything in it. He was fair, honest n good to employees n customers. He built a reputation that he could be relied on. Curtis McKee, his son, eventually ran the company with him. Bruce was very proud of the man that became his partner and friend.
Bruce was an amazing man that was well loved. He found God later in life. Which is a comforting reassurance for his family that his soul is in Heaven but we are all going to miss him so much. He was one of those people, you just knew you were in the presence of a genuinely great man when you were with him.
Bruce left behind the love of his life, his wife, Debbie. 3 children. Leah, married to Jacky Wilkinson , Amanda, married to Lee Ward and Curtis, married to Anita McKee . 7 grandkids. Brittany, Jimmy, Mason, Gavin, Rylan, Luke, n Lily. 4 great grandkids : Kaisley, Jenna, Grayson n Albany. He was preceded in death by his sister Margaret Wagner, and brothers: Mitchell McKee and Bob McKee and by his brother-in-law David Glenn. He has left behind 2 sisters, Linda Brown and Joyce McKee and 3 brothers: Joe McKee, Frank McKee and Charley McKee and 3 brothers-in-laws Keith Glenn, Curtis Glenn and Gregg Glenn. He also had many cousins, nieces and nephews.
The Viewing will be from 9-8 Thursday and Friday at the Shaffer-Nichols Funeral Home in Crane. The Funeral service will be at 3 on Saturday April 27, in Imperial high school (Buena Vista) auditorium. The burial will follow in Fort Stockton at East Hill Cemetery.
To order memorial trees or send flowers to the family in memory of Bruce McKee, please visit our flower store.