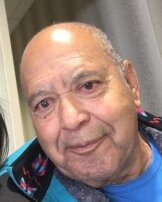 Funeral services will be held at 11:00 AM on Saturday, April 15, 2017, at the Iraan Civic Center. Burial will follow in the Restland Cemetery in Iraan. Arrangements are under the care and direction of Shaffer-Nichols Funeral Home.

Brigido was born on October 10, 1942, in Mexico. He was a longtime resident of Iraan, and he was a Jehovah Witness.