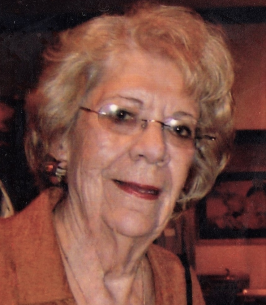 Bobbye Ray Payne Kincaid passed away on November 18,2020, at Midland Memorial Hospital. She was 91.
Bobbye was born July 7, 1929, in Miles, Texas, to Willie Mae and Russell Payne. She was their second daughter. Her family moved north of Fort Stockton early on in her life. She attended Fort Stockton schools and graduated in 1947. She attended Texas Christian University for one year.
Bobbye married Carson “Boss” Kincaid on November 26, 1949, in Fort Stockton, Texas and they moved to Pecos, Texas. In 1950 they purchased an old ranch house in Sheffield, Texas, and had it moved to the family ranch south of Fort Stockton. There they started a family, raising three sons, and began ranching again. Besides raising sheep, Bobbye & Boss were also in the chicken business, selling eggs to local restaurants and grocery stores.
In 1967 Bobbye, Boss, and their three sons moved to town. Bobbye went to work at First Savings & Loan and was the first female teller in Fort Stockton. Later she worked at Child’s Corporation. Eventually, Bobbye owned and operated Louise Edwards Dress Shop on Main Street for 13 years. She supported her son’s activities at school including being a member of the PTA and Panther Booster Club.
Bobbye was an avid golfer playing all over West Texas and New Mexico in tournaments with her husband, Boss, or on women’s teams. She was also a President of the Ladies Golf Association. She has passed that love of the game on to her grandchildren. Bobbye’s other major passion was bridge. She belonged to three different clubs and was always ready to be a guest player whenever asked. Bobbye also enjoyed supporting the community whenever possible. She wrote and co-directed the 1986 Water Carnival production of “Water Carnival Goes Back to the Future”.
Bobbye was a member of the First Christian Church where she taught Sunday School for many years. Later in life she began attending the First Presbyterian Church. Bloys Camp Meeting at Skillman’s Grove near Fort Davis was always a big part of her life.
Bobbye was preceded in death by her husband, Boss, and sister, Thelma Jean Pistole. She is survived by her three sons and their wives: T.C. Kincaid, Jr. (Dru), R.B. Kincaid (Gail), and Worth L. Kincaid (Jeannie) all of Fort Stockton. She leaves behind five grandchildren: Leah (Brad) Beard, Kyle (Natalie) Kincaid, Jason (Crystal) Kincaid, James (Beth) Kincaid, and Zachary (Tara) Kincaid and nine great-grandchildren. She is also survived by numerous nieces and nephews.
Services are planned for Tuesday, November 24, 2020, 11:00 AM at the First
Presbyterian Church in Fort Stockton with the Reverend Dr. Jim Miles officiating. Pall Bearers are Kyle Kincaid, Jason Kincaid, James Kincaid, Zachary Kincaid, and Brad Beard. Burial will follow at East Hill Cemetery with Shaffer-Nichols of Crane overseeing arrangements.
The family would like to thank all her friends that have expressed condolences and let us know how much she touched their lives. In lieu of flowers, please make contributions to The First Presbyterian Church of Fort Stockton, West Texas Boys Ranch, Bloys Camp Meeting Association, or your favorite charity.
Due to the Coronavirus, occupancy is limited to accommodate social distancing.
To order memorial trees or send flowers to the family in memory of Bobbye R. Kincaid, please visit our flower store.