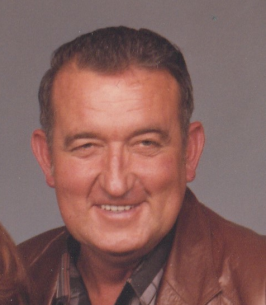 Graveside services will be held at 1:00 pm on Sunday, May 12, 2019, at the Resthaven Cemetery in McCamey with Reverend Ted Creech officiating. Arrangements are under the care and direction of Shaffer-Nichols Funeral Home of Crane.

Bob was born on September 3, 1934, in Fort Worth, Texas. He married Delphia Bodine Moore on August 13, 1960, in McCamey. He had worked as an oilfield treater and retired from the Byron Jackson Company.
He was a longtime resident of Odessa, a hard worker who was easy to talk too, and made friends easily. Bob loved his family most of all and they were his life.

Bob was preceded in death by his parents, Abraham and Myrtle Johnson; sister, Helen Richardson; and brother, Billy Edward Johnson who was lost in the Korean War.

Bob is survived by his loving wife, Bodine Johnson of Odessa; numerous nieces, nephews; great and great-great nieces and nephews; and cousins.
To order memorial trees or send flowers to the family in memory of Bob Johnson, please visit our flower store.