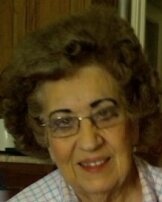 Blanche Yvonne Selby, known to many as Baby Sis, passed away May 25, 2017 in McCamey, TX at the age of 91. She was born March 15, 1926 on a ranch between Iraan and Sheffield to Theodore Willis and Alma Mae Johnson. Yvonne taught kindergarten thru 8th grade in New Mexico, and private kindergarten in McCamey. Yvonne ranched between Ft. Stockton and McCamey for 60 years with her husband, Sammie. While helping run the ranch and teaching kindergarten Yvonne would also help run the family restaurant, Selbyâ€™s Drive In. In 2016, Yvonne was named Pioneer of the Year from the McCamey Chamber of Commerce.

Yvonne is survived by her two sons Sammy Selby, Jr. of McCamey and Stanly T. Selby, M.D. and wife Virginia of Abilene, TX. Along with her two sons she is survived by one granddaughter, Kara Sanchez, husband Oscar Sanchez, and their three children McKenna, Matthew, and Marcus of Allen, TX, four grandsons, Mason Selby, wife Amber, and their three children Scout, Shot, and Sadie of McCamey, Sam Selby, wife Jessica, and their two children Gabriel and Brooklyn of Little Rock, Arkansas, Clayton Selby and wife Danielle of Austin, TX, and Todd Selby and wife Lauren of Houston, TX. She is also survived by a brother Tommy Johnson of McCamey, a sister Mona D. Lambeth of Cisco, and many nieces and nephews.

Graveside services were held at 1:00 PM on Sunday, May 28, 2017, at the Resthaven Cemetery in McCamey. Arrangements were under the care and direction of Shaffer-Nichols Funeral Home.
To order memorial trees or send flowers to the family in memory of Blanche Selby, please visit our flower store.