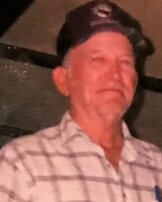 Billy J. White of McCamey, Texas, went to be with his Creator and Lord on December 8, 2017.

Billy was born on May 7, 1943, to Edna Ruth Harbison White and Richard Franklin White. Billy was raised in Iraan, Texas and graduated High School in Iraan in 1960. Billy worked for Texas Pacific, Sun Oil Company and later started Whiteâ€™s Pumping Service, LLC. Billy had a strong work ethic and calling in sick or not going to work was rarely an option. He was a proud, stubborn, loving, kind and God-loving man and was never afraid to speak his opinion. In 2010 Billy became an ordained minister, which suited him well because he always loved a good conversation about God and the Bible. You could always bring a smile to his face and a twinkle to his eye by talking about â€œhis girlsâ€™.

Billy made an impression on everyone he met. He will be missed by so many. Billy is survived by his children, David White, Esther Croker and her husband Lyn Croker, Alton White, and Genie McMahan; his grandchildren, Shayla Croker, Chelsey McMahan, and Aâ€™Leigha Idell; his brothers, Wayne White, Weldon White, and Travis White.

He was preceded in death by his son, Vernon White; his sister, Laquita White; his mother, Edna White; his dad, Richard White; and his brother, Ronnie White.

Viewing will be held on Thursday, December 14, 2017, from 9:00 am to 8:00 pm with the family receiving friends from 6:00pm to 8:00 pm at the Shaffer-Nichols Funeral Home in McCamey.
A graveside service will be conducted at the Restland Cemetery in Iraan at 3:00 pm on Friday, December 15, 2017, with Reverend Tommy Parker officiating.
Arrangements are under the care and direction of Shaffer-Nichols Funeral Home.
To order memorial trees or send flowers to the family in memory of Billy White, please visit our flower store.