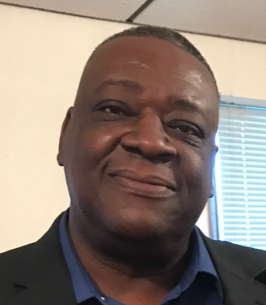 Life as we knew it changed the morning of Friday, December 25, 2020, when Bill was called home suddenly to join our Lord and Savior, Jesus Christ.
Billy Joe Neal was born June 15, 1955 to the union of Duffie and Eunice Lee Neal in Crane, Texas, and resided in Crane for much of his life, where he watched over and protected his loving wife of 40 years, his children, and beautiful granddaughters. Bill was baptized at an early age, and later rededicated his life to Jesus Christ, as he preached the gospel and served as Associate Pastor at Mount Zion Baptist Church. He was unwavering in his belief in God and stood firm on living the life Christ wanted for him. He received his formal education at Mary Bethune, until integration in 1966. Afterwards Bill attended both Crane Middle and High School, where he excelled in all sports, especially football. Football was such a big part of his life that he coached Pop Warner League until 2019. After graduation, Bill began his career in the oil industry, working for Mobile Oil and St. Mary’s, and officially retiring January 3, 2020 with over 40 years of service.
Bill was proceeded in death by both parents, brothers Harold, Charles, Herman, and Leon Neal; Curtis Hunter; Earnest Ray, sister Margret Fort, and wife Inola Hollins-Neal.


Billy Joe, Bill, son, husband, daddy, uncle, or Pawpaw, he answered to it wholeheartedly, and he was determined by the end of the conversation that all questions were answered, problems solved, hearts lifted, and prayers completed. He will be missed!
To order memorial trees or send flowers to the family in memory of Billy Joe Neal, please visit our flower store.