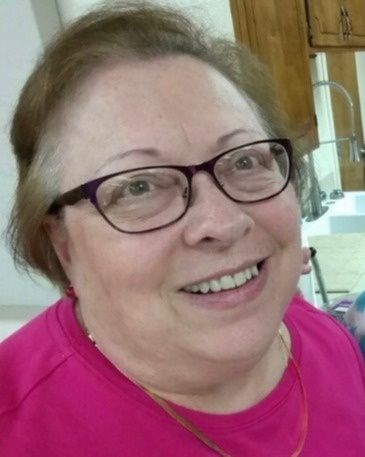 Beverly June Johnson was born in Sweetwater, Texas, on February 4, 1955, to Chub and Gladys Johnson. She passed away peacefully surrounded by her siblings and father in Odessa, Texas, on October 9, 2022. The good Lord spared Beverly of a serious illness and took her home quickly.

Beverly’s family lived in Sweetwater until they moved to Crane, and eventually settled in Odessa. She attended Permian High School and played saxophone in the Permian Marching Band. In 1972 and 1973, she was awarded the first-chair for alto-saxophone in the Texas All-State UIL Band. She won many other awards in various band competitions throughout her time in the Mojo Band. It is there that her love for band and music flourished.

After she graduated from Permian in 1973, she attended West Texas State University in Canyon and graduated with a teaching degree in music. Beverly obtained her master’s degree in education from Sul Ross University after she began teaching in the classroom.

Beverly was blessed to have a long, successful teaching career. She retired after leaving a long-lasting impact on many students in her music, math, reading and technology classrooms. She spent her last years before retirement in the technology classrooms at Ector Junior High teaching keyboarding, robotics and computer science technology.

After retirement, Beverly continued her band career. She shared her love of music by tutoring and teaching others to play at Odessa College. As a lifelong learner and musician, Beverly enjoyed playing with the UTPB band ensemble and wind symphony. Beverly continued to develop her musical talents by playing many different instruments including the alto, tenor and baritone saxophones, bass clarinet, oboe, and bassoon. While playing in the UTPB band, Beverly played the marimba and xylophone for a year in the marching band, making her marching band career total nine years. She loved to spread joy through music when possible, and she loved to talk about all her musical adventures.

An expert seamstress, Beverly learned how to sew from her mother. She loved to sew and knit and enjoyed using her creativity to make items for others. She made baby hats, socks, and blankets for premature infants in the Ector County NICU hospitals. Beverly always sewed bags, purses, scarves, and various other keepsakes for her family and friends. She won an award for a beautiful bag she entered into the fair.

Beverly was a faithful follower of God and loved her church.  She was a member of Billy Hext Church of Christ where she was an active member. She was brought great joy by sharing her beautiful alto voice during worship and sewing gifts for wedding and baby showers.

Beverly, known as Aunt BeeBee to her nieces and nephews, always helped create special memories on their birthdays and holidays. These memories included playing cards and dominoes together.

Beverly enjoyed helping out her brother at Vivian’s Floral, and she enjoyed spending time watching tennis with her mother. She was an avid fan of the Tour De France and occasionally the Dallas Cowboys. Beverly loved watching the Houston Astros and especially enjoyed following them throughout the World Series.

She is preceded in death by her mom, Gladys Johnson. She is survived by her father, L.M. Chub Johnson; her sisters, Gayla McDougal and husband Bob, Pam Leesher and husband Johnny; her brother, David Johnson; and her aunt, Gloria Calderazzo. She is also survived by nieces Cindi Stevenson, Candice Adams, Heather McCombs, and nephews Robert McDougal and Matthew Leesher. She is survived by her great-nieces Ava Lynn and Riley McCombs, Kaitlyn and Ashlee Stevenson, and Avery Leesher, and great-nephew Slade McCombs. She also leaves behind many special cousins throughout Texas, and her beloved dog, Whiskey.

To order memorial trees or send flowers to the family in memory of Beverly June Johnson, please visit our flower store.