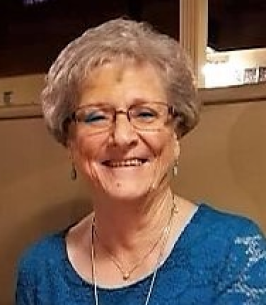 For those who have labored for the Lord in their earthly lives and to the loved ones that mourn for them…
“-to comfort all who mourn and provide for those who grieve in Zion
-to bestow on them a crown of beauty instead of ashes
-the oil of gladness instead of mourning
-and a garment of praise instead of despair.” (Is. 61:2 and 3)

Betty transitioned from this life to meet her heavenly Father face to face on December 2nd, 2021. She was surrounded by the prayers and presence of loved ones. She served the Lord through her church teaching Sunday School and VBS, sharing food and providing meals for many services at her churches, served on committees and in many other ways that supported her pastors and faith family. Because of that, all three of her sons know the Lord and are deacons in their churches. They were led to marry women that knew Him. All of her grandchildren have come to know Him as their Savior. Betty’s great grandchildren are all being raised in the Christian faith.

Betty Jean Russell was born on February 15, 1935 way out in the country, on top of a mountain in Garvin County, Oklahoma in a cabin with a dirt floor. Her parents were Lee Roy and Trulie Bell Ketchum Russell. Betty and her younger brother Ralph, were raised by very hardworking, honest people. This translated into her life as well. At the age of 12, Betty’s family moved to the town of Maysville. It was there that Betty continued her education and was introduced to a young man named SV Pharaoh.

Betty and “Steve” were introduced by his cousin and his wife. They dated awhile and one night Steve decided to ask Betty’s Dad for her hand in marriage. Well, her folks were already in bed, but that didn’t stop him. He asked Lee Roy if they could, and Lee Roy said, “Bad Deal,” covered his head and went back to sleep.
They were married on April 14, 1951. They enjoyed 62 years of marriage.

In 1963, Steve’s job with Warren Petroleum moved them to Crane, Texas. This is where Betty began working for J.B. Rogers construction. Pretty soon she was running the place. Her strength of character was respected by all the employees (maybe not all the time). Her personal expectations translated to her employees. Kathylin worked for her awhile and described Betty as a “powerful woman!!!” In later years, Betty and Steve purchased the business and ran it together after Steve retired.

She is leaving behind…Mike Pharaoh and wife Buffy from Pecos, son Rick and wife Mary from Odessa, son David and his wife Kathylin from Houston. She prayed long and hard for a daughter, so the Lord saw fit to give her 6 granddaughters; Stefanie and husband Tye Graham, Kristin and her husband Chris Pike, Katie and her husband Darren Sharp, Rachel Pharaoh, Kimberly Pharaoh and Stacy and her husband John Allen Mason. She was also blessed with 9 great grandchildren. She has many nephews and nieces, a sister-in law, cousins and a multitude of extended family that will miss her as well.

She was preceded in death by her husband, her parents, her brother, and a beloved, precious grandson David Luke.

Her graveside service will be at the Crane County Cemetery at 2:00 pm on Wednesday, December 8, 2021, in Crane, Texas. A family visitation will be on Tuesday, December 7, 2021, at the Shaffer-Nichols Funeral Home from 6:00 pm until 8:00 pm.
To order memorial trees or send flowers to the family in memory of Betty Pharaoh, please visit our flower store.