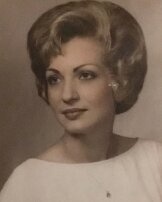 Barbara Chandler died March 1, 2018 at her home in Crane, Texas in the presence of her loved ones. The family will receive visitors in a celebration of life at the Shaffer-Nichols funeral home in Crane, Texas on March 5, 2018 from 6pm to 8pm. All other services will be private in accordance with Barbaraâ€™s wishes.

Barbara was born in Victoria, Texas to Jesse and Lucille Heller. She had four sisters and one brother. After graduating from high school at the age of 16, she was married and moved to Fort Worth, Texas where she was employed by the Continental National Bank until she chose to give up her career for full time motherhood. Her daughter, Tia, was born in 1966. The family returned to Victoria in 1969 and she remained there until 1992, when she moved to Crane, Texas. In 1998, Barbara went to work at what would become the Crane branch of West Texas National Bank. She retired after 19 years of service in October 2017. She was respected and admired by both customers and coworkers.

In 1989, Barbara gained a son-in-law, Kelvin Chandler, whom she loved dearly. They had a special connection and enjoyed watching NASCAR together. Barbaraâ€™s family was her world. Her grandson Kraig Chandler and his wife, Diana, along with their daughter, Sophie, brought joy to her. Her granddaughter, Kinsey Chandler, not only provided care for her in the last few months, but was a source of constant pride and amusement.

Barbara was predeceased by a special friend, Charlie McFadden who brought love and laughter to her life.

The family would like to thank David Bernard and Hospice of West Texas for the compassionate end of life care.
To order memorial trees or send flowers to the family in memory of Barbara Chandler, please visit our flower store.