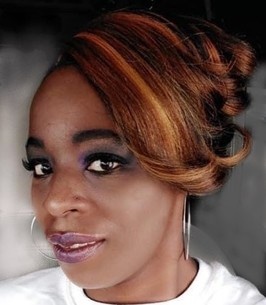 Ashley Irisha Jean D’wan Clark (aka) Chocolatedrop was born to Donna Bishop Young and Robert Dwayne Clark on October 7, 1983 in Andrews Texas. Ashley attended public school in Crane Texas where she graduated in 2002. Ashley attended Mt. Zion Baptist Church was she was a loyal and faithful Sunday School Secretary for over three years. She was at her post every Sunday morning at 9:30 her grandmother, the late Estiene Bishop made sure of that. While attending high school Ashley worked for Nancy Crider for several years at the Dugout beginning at the age of 16. After graduation Ashley attended Midland College where she majored in nursing. While attending college she was blessed with two sons Donovan Antonio Dwayne Clark Martinez and Jeremiah D’Angelo Dwayne Clark Martinez. Ashley worked in the nursing field for over 7 years before moving to Ovilla, Texas and then later to Glenn Heights, Texas. While there she met and married Kevin Edmond on May 25, 2016. Joined to this union was Hezekiah Charles Edmond and Taylon Edmond. The last several years Ashley had been battling several health issues. She would always fight like the true and amazing woman that she was and would always conquer and come out on top. On August 8, 2020 at 10:00 pm the Lord called his amazing Chocolatedrop home to rest to never have to fight anymore.

The Family requests the funeral services be private. Interment will be in the Sunset Cemetery in Crane with Reverend Arthur Rodriguez officiating. Arrangements are under the care of Shaffer-Nichols Funeral Home.
To order memorial trees or send flowers to the family in memory of Ashley D'wan Irisha Clark Edmond, please visit our flower store.