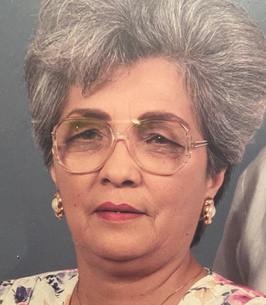 Antonia was born on January 13, 1938, in Buda, Texas.
She graduated McCamey high class of 1957. She married Jose Melendez on December 15, 1961. Antonia was a loving wife and mother. She worked at C. G. Morris & Co. as well as Red Bluff Lumber for many years. She and Jose recently moved to Midland to be closer to grandchildren. Antonia also enjoyed watching sporting events, listened to many genres of music, and loved spending time with her grandchildren.

Rosary will be held at 7:00 pm on Wednesday, March 18, 2020, at the Shaffer-Nichols Funeral Home Chapel in McCamey. Funeral Mass will be held at 2:00 pm on Thursday, March 19, 2020, at the Sacred Heart Catholic Church in McCamey with burial following the Resthaven Cemetery.
Arrangements are under the care and direction of Shaffer-Nichols Funeral Home.
To order memorial trees or send flowers to the family in memory of Antonia Rejino Melendez, please visit our flower store.