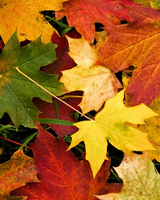 Anita Flores, 80 of Crane, passed away on Saturday, August 20, 2011 at the Crane Memorial Hospital.

Funeral services will be held at 10:00 AM on Wednesday, August 24, 2011 at the First Baptist Church in Crane with Reverend Tommy Parker officiating. Burial will follow in the Crane County Cemetery with arrangements under the direction of Shaffer-Nichols Funeral Home.

Anita was born on May 3, 1931 in Fort Stockton, Texas to Roberto and Margarita Ramirez. She was a homemaker and had lived in Crane since 1949. She was a member of the First Baptist Church.
Anita was preceded in death by her husband, M.P. Flores; her parents, Roberto and Margarita Ramirez; her daughter, Adela Abalos; her son, Adan Flores; and two brothers, David Ramirez and Alfredo Ramirez.

She is survived by her sons, Benito Flores of Odessa, Oscar Flores of Midland, and Reynaldo Flores of Houston; two brothers, Robert Ramirez of Albuquerque, NM, and Ramon Ramirez of Midland; one sister, Elvira Esparza of San Antonio; 9 grandchildren; and 13 great grandchildren.
To order memorial trees or send flowers to the family in memory of Anita Flores, please visit our flower store.