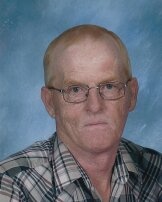 Alton Ray Mathis, 63, of Crane, passed away on Friday, December 4, 2015, at the Odessa Regional Medical Center.

Funeral services will be held at 11am on Tuesday, December 8, 2015, at the Shaffer-Nichols Funeral Home Chapel with Reverend Tim Herrington officiating. Burial will follow in the Crane County Cemetery.

Alton was born on November 27, 1952, in Collins, Mississippi. He served in the Army National Guard. Alton married Brenda Wheeler on June 24, 1972, in Crane. He was a retired pumper, having worked 23 years in the oilfield.
Alton was a member of the Tabernacle Baptist Church in Crane. One of his favorite things to do was go fishing. He also like to golf, and he also was good at carpentry. He was preceded in death by his father, Walter Mathis; and his brother, Jimmy Wayne Mathis; and his nephew Reggie Butler.

He is survived by his loving wife, Brenda Mathis of Crane; two daughters, Rache Inman of Midland, and Ailena Mulkey of Crane; one son, Wayne Mathis of Crane; his mother and step-father, Nollie and Vernon Butler of Mt. Olive Mississippi; four sisters, Cathy Lytle, Doris Temple, Teresa Halbert, and Tera Smith, all of Mississippi; one brother, Terry Mathis of Mississippi; 11 grandchildren; and one great grandchild.
To order memorial trees or send flowers to the family in memory of Alton Ray Mathis, please visit our flower store.