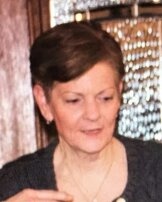 Alice was born in Crane, Texas to Virgle Leon and Mary Jeanette Polson on April 15, 1953, to whom she is preceded in by death.
She grew up in Crane, Texas. Alice met the love of her life at the age of 14. She married Ronnie Alvin Norwood on February 21, 1970. They were together for 50 years. Alice also served with the McCamey Volunteer Ambulance Service for several years. Most importantly, she was a loving wife, mom, grandmom, and great-grandmom.

Graveside services will be held at 11:00 AM on Saturday, October 14, 2017, at the Resthaven Cemetery in McCamey with Pastor Manny Castro officiating.
Arrangements are under the care and direction of Shaffer-Nichols Funeral Home.
To order memorial trees or send flowers to the family in memory of Alice Norwood, please visit our flower store.