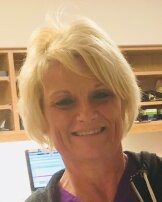 Aleta was born on January 30, 1958, in Matagorda County, Texas. She was a Registered Nurse.